The singular Play Set included with the Disney Infinity: Marvel Super Heroes (2.0 Edition) Starter Pack is this romp around New York with the Avengers. You'll be fighting Loki and the evil Frost Giants who are trying to take over the Nine Realms. 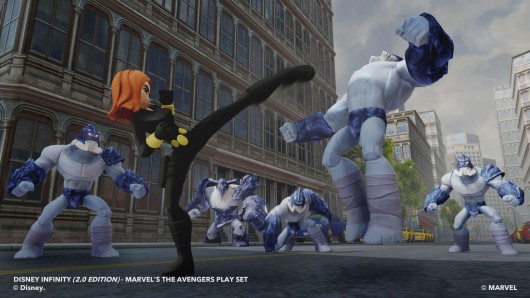 Unlike in the first game there are no buildings or people to customise but there are a few missions where you fight Frost Giants. 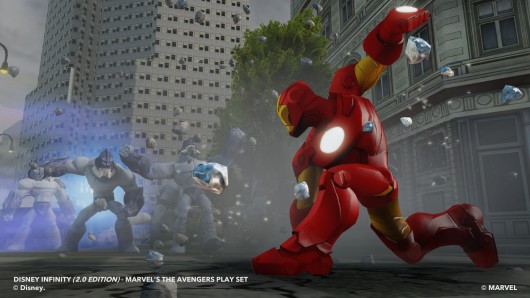 There are also a few challenges dotted around the place tasking you to prove you can drive a motorcycle quickly, fly through rings at speed, jump through markers and even fly around shooting enemies. 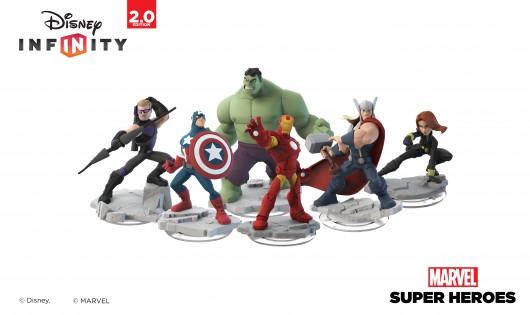 The Avengers lineup includes Thor, Iron Man and Black Widow in the Starter Pack, others sold separately include Hawk Eye, Captain America, Hulk, Falcon and even Loki himself.